• Famed mystery writer Dick Francis visited Maryland to interview members of the steeplechase world for his newspaper column for London’s Sunday Express. Accompanied by his wife Mary, the writer touched all the major steeplechase strongholds in Maryland. So comfortable were those he spoke with, that it was noted “the most reticent of the Great Ones commenced to talk.” 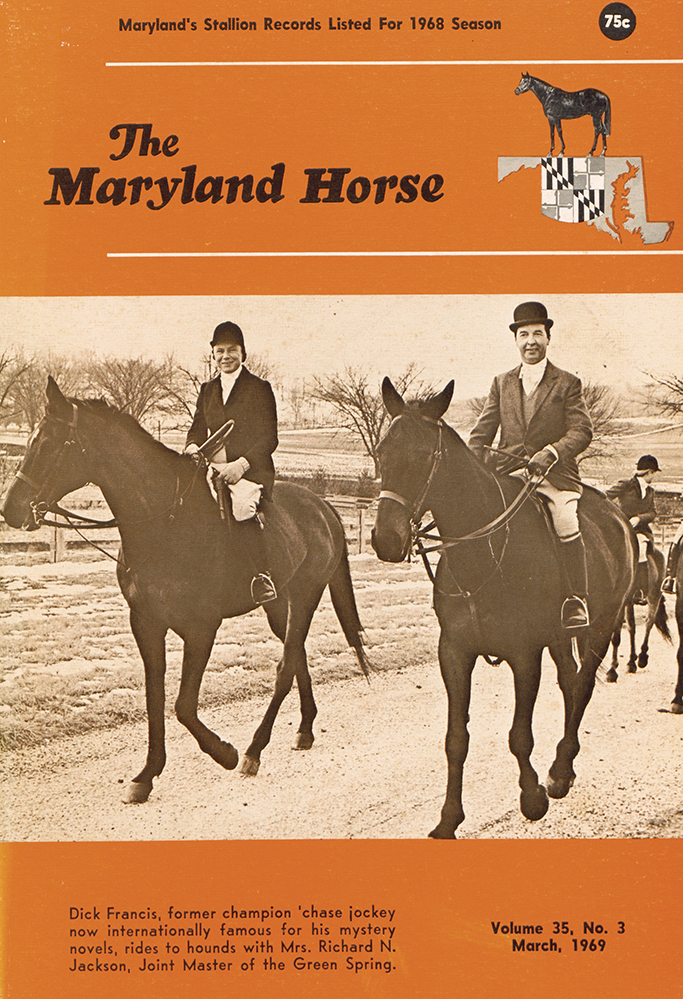 Those Francis interviewed included Joe Aitcheson, D. Michael Smithwick and Janon Fisher Jr. On his final day in Maryland, Francis hunted with the Green Spring Hounds. Noted Maryland Horse editor Snowden Carter: “He came away with interviews that were remarkable for their candor.”
• Nearctic was Maryland’s leading sire for the second straight year by a commanding lead over former leading sire Native Dancer. A syndicated son of Nearco—*Lady Angela, by Hyperion, Nearctic ranked 11th in the nation by earnings and was represented by seven stakes winners. The only stallions to sire more stakes winners in 1968 were Bold Ruler, Round Table, T. V. Lark and Fleet Nasrullah. Nearctic stood in Canada for his breeder E.P. Taylor before being syndicated and moved to Allaire duPont’s Woodstock Farm for the 1968 breeding season.
Topping the 2-year-old sire rankings by earnings was Nearctic’s young son Northern Dancer, who was set to stand his first season at Windfields Farm in Chesapeake City, Md., after moving from Windfields in Canada. His 2-year-olds earned more than double that of his sire, who ranked second.