Run the Gantlet: Carrying the torch for Rokeby 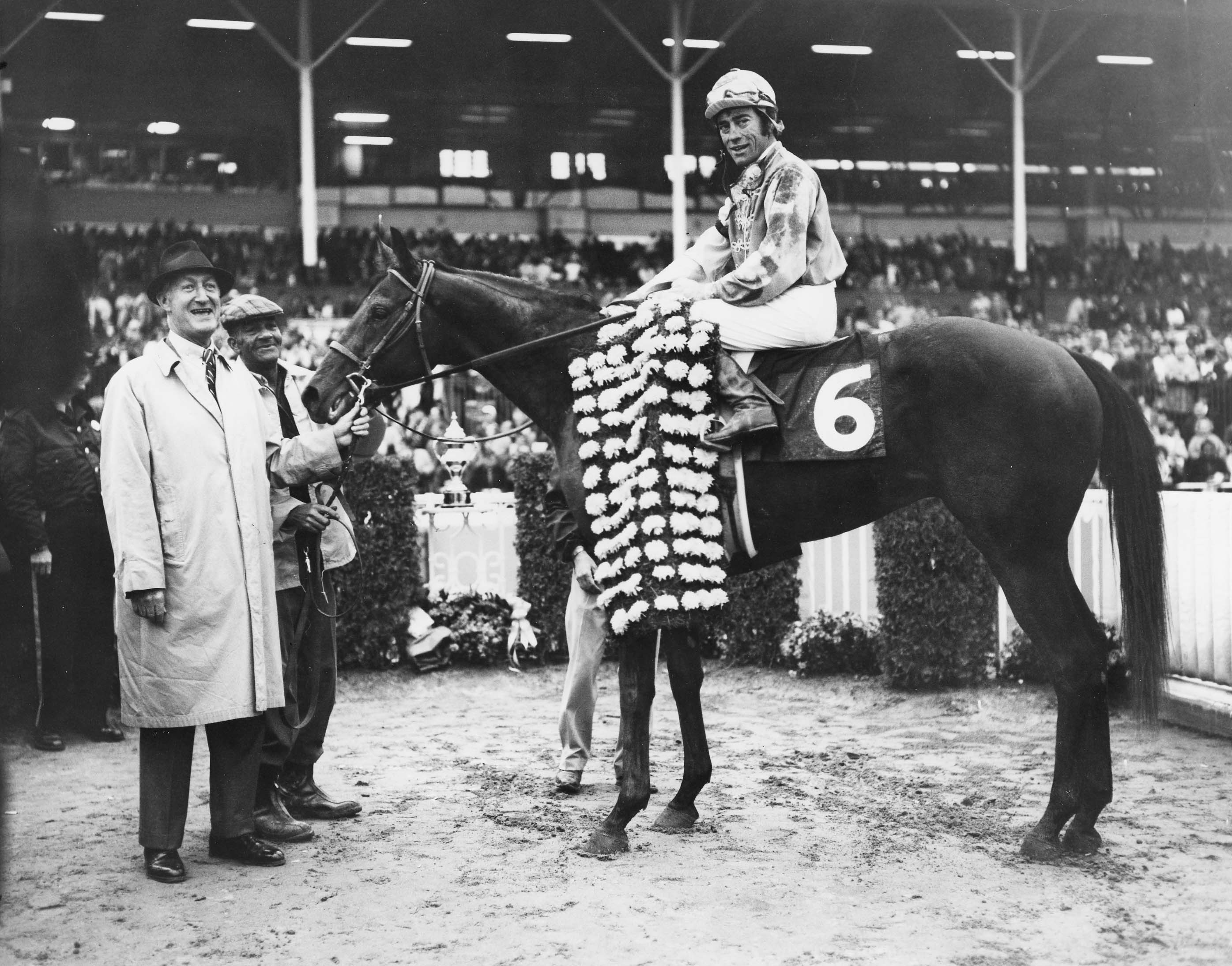 In the 20th century, 63 runners bred in the Mid-Atlantic were named national champions. Mid-Atlantic Thor­oughbred takes a look at one of those luminaries.

Paul Mellon’s homebred colt Run the Gantlet was a bit on the small side, but had big shoes to fill. During the summer of 1971 two-time Horse of the Year Fort Marcy, at 7, was in the twilight of his career for Mellon’s Rokeby Stable. Run the Gantlet, winner of the richest stakes in the country – the Garden State –the previous fall in his 2-year-old stakes debut, was floundering at 3. By June, Rokeby’s future Hall of Fame trainer Elliott Burch made the deci­sion to try the Virginia-bred on the turf.

Run the Gantlet won his first stakes try on the grass in Aqueduct’s Tidal Handicap in late July by 4 lengths, setting him up for his next start. It was a stiff test, facing Fort Marcy in the Kelly-Olympic Handicap at Atlantic City.
Getting 11 pounds from his champion stablemate, the understudy won by three-quarters of a length over Charlie’s Luck, with Fort Marcy a nose back in third in what would be his final start. The torch was officially passed to the son of Preak­ness winner Tom Rolfe and the First Landing mare First Feather.

Run the Gantlet won five consecutive stakes, the last three in the country’s biggest turf events. He scored in the United Nations at Atlantic City, the Man o’ War at Belmont, and concluded the year in the Washington, D.C., Interna­tional, winning by 6 lengths over a field that included that year’s Irish Derby winner Irish Ball. The D.C. Inter­national was run over a boggy course, which spurred on his detractors –four of the five wins were contested over deep going. The colt was known to have foot troubles, and Charles Hatton noted in his “Profiles of Best Horses” in the 1972 American Racing Manual that when Run the Gantlet made the move to the turf: “He metamorphosed at once into a brilliant competitor, especially in wet weather, which was kind to his underpinning.”

The Eclipse Awards were instituted for the 1971 racing season, and Mellon’s bay colt took home the first for champion turf horse. The next year he couldn’t quite regain his form, losing three of four starts, although he finished on a winning note in the Bowling Green Handicap that June.

Upon his retirement, Run the Gantlet was sold to Bertram Firestone for $1.6 million and sent to Firestone’s Gilltown Stud in Ireland, where he stood for eight seasons before Jerry Hoffberger bought him and moved him to Sunset Hill Farm in Maryland. Run the Gantlet had a successful run as a stallion: among his top performers were French and U.S. champion April Run (Ire), European champion Ardross and Irish champion Swiftfoot. His son Providential (Ire) and April Run finished first and second in the 1981 Wash­ing­ton, D.C., International, which April Run then won the following year.

Run the Gantlet collapsed after covering a mare early in the 1986 breeding season and died at age 18.