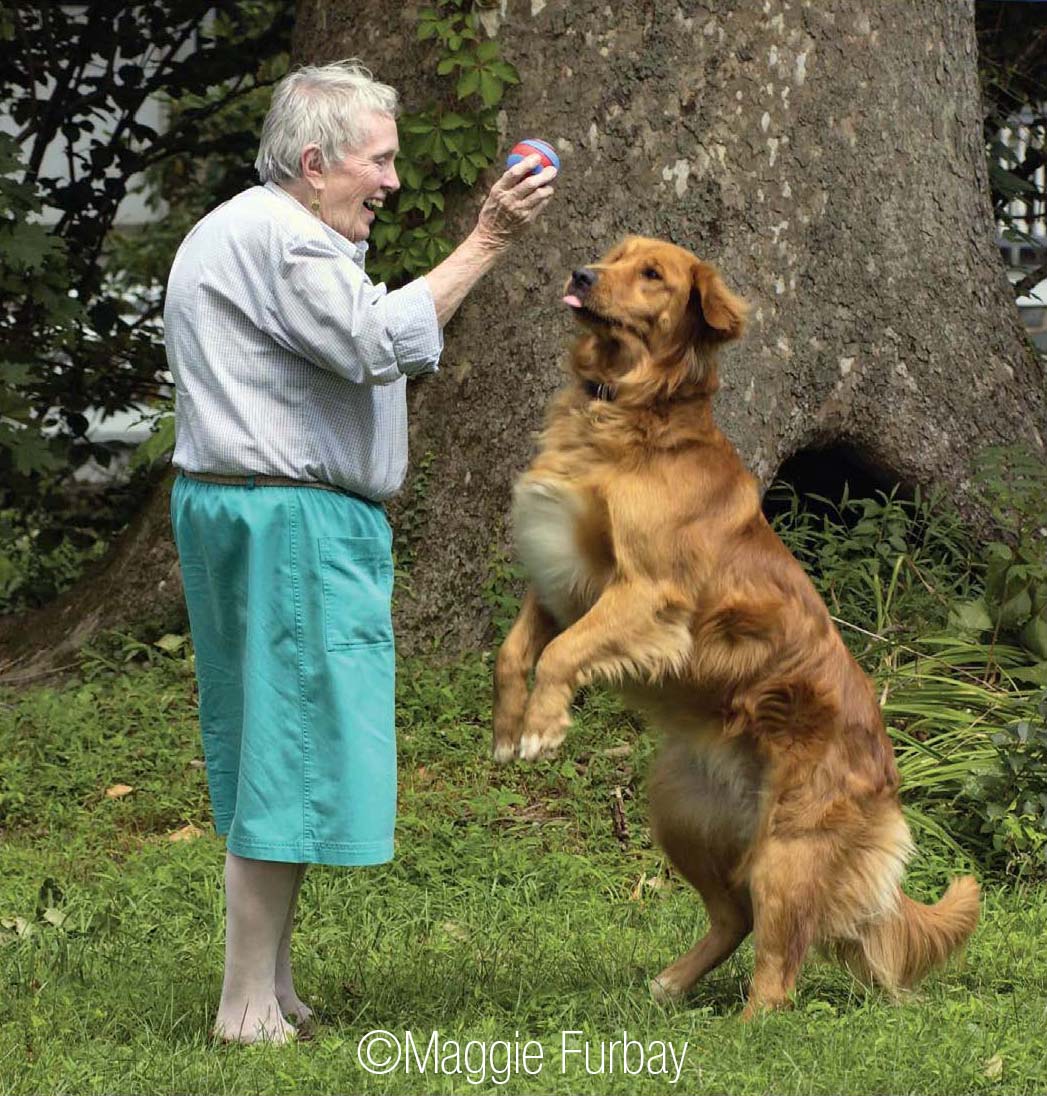 Mary Jo Pons, matriarch of Maryland's Country Life Farm, passed away on Monday evening, Jan. 1 at the age of 87. We remember her fondly with this small piece of Pons history from the September 2007 edition.

As the matriarch of a large brood growing up on a working Thoroughbred nursery, Mary Jo Pons had watched a vast mélange of pets roam the grounds of her family's Country Life Farm over the years.

But it wasn't until a flaxen heap of fur was "deposited" at the farm one night in March 2006 that Pons had a dog she could call her very own.

Taken to the vet for a thorough exam, the puppy was determined to be about 6 weeks old, half Golden Retriever and half Bernese Mountain Dog.

Named Ouida (pronounced "Weeda"), the pen name of the author of A Dog of Flanders, she quickly bonded with Pons, who had lost her husband, Joe, just five months earlier. Before long, quirky little traits in Ouida's personality would prove strangely familiar to the entire family.

"She did things that were so funny and so much akin to things that Joe had done that it was like she was Joe Pons reincarnate. We all laughed about it," said Pons.

It was discovered early on that her preferred training reward was Genoa salami—also one of Joe Pons's favorite indulgences. Pons cited one night when she had all of her grandsons at the house for dinner. She had baked a ham and prepared homemade macaroni and cheese, and afterwards scraped the leftovers onto a plate for Ouida.

"She looked at the plate, took her paw and pushed the macaroni and cheese off to the side. She lapped the ham right up and just looked at me. And you know, Joe Pons wouldn't eat macaroni and cheese if you PAID him! I was so glad Norah and Alice [her daughters] were standing there. Norah said, 'Did you see what she just did?'"

Refined palate aside, it's the comfort of companionship that has made Ouida a treasure.

"I talk to her all the time; sometimes I have to stop myself." Pons said. "But I know she understands every word I say"

Originally published in the September 2009